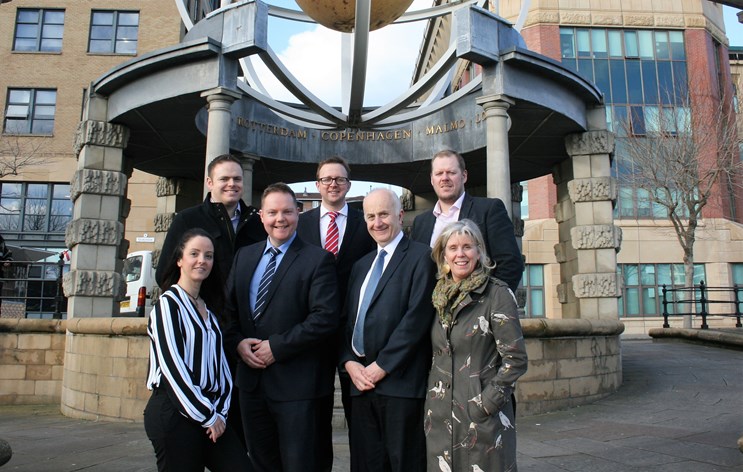 Following on from the recent appoint of Chris Jude as its regional director for the North East and Cumbria, The UK’s premier networking organisation for companies in the built environment, The Forum for the Built Environment (fbe), has announced a new committee is to take over the running of the Newcastle branch.

Neil Thomson, a director with consulting engineers Patrick Parsons, is heading up the branch is taking up the role of Chair. Supporting Neil, a well- known figure in the region’s built environment community, is treasurer, Zoe King, a senior cost manager with cost consultancy, Turner Townsend and secretary Gerard Hosford, an associate director with Patrick Parsons.

Further committee members include Chris Scott, the director responsible for chartered surveyors and structural engineers, Smithers Purslow’s north east office and Keith Handy an associate director with spacegroup, one of the region’s well-established architecture and design practices. Further PR and marketing support will be provided by Leigh Chelton of Clothier Lacey & Co.

As well as announcing the new committee, Neil Thomson also announced the first networking event of 2018, which will take place on Friday 9th March, with Cllr Iain Malcolm leader of South Tyneside Council as the guest speaker. He said;

“I’m thrilled to announce the new committee for the Newcastle branch and such a prestigious speaker for our first event of the year. fbe is the UK’s oldest networking organisation specifically aimed at bringing together every discipline within construction, therefore it was important to me that the committee should have a varied level of representation.”

“On Thursday 9th March we will welcome Cllr Iain Malcolm to the Quality Hotel, Boldon, who will give a presentation on driving an ambitious agenda, south of the Tyne. This event is open to both members and non-members and is expected to be extremely popular, so anyone wishing to attend is advised to book early.”

Throughout the year fbe will hold a series of informative networking breakfast and informal social events. For further details visit www.fbeonline.co.uk

“I have attended many fbe events in the past and have always found them invaluable for making new contacts and finding out what’s going on in the region within the property and construction sectors. I urge everyone with an interest in either field to come and join us at an event and see for themselves. “